Young Lily Drage lives with her family – parents Dan and Kimberly, and younger sister Joanna – in St Andrews. They each are inspiring leaders in raising climate awareness and modelling and encouraging change. Together, they are quite a force for climate action in our community. 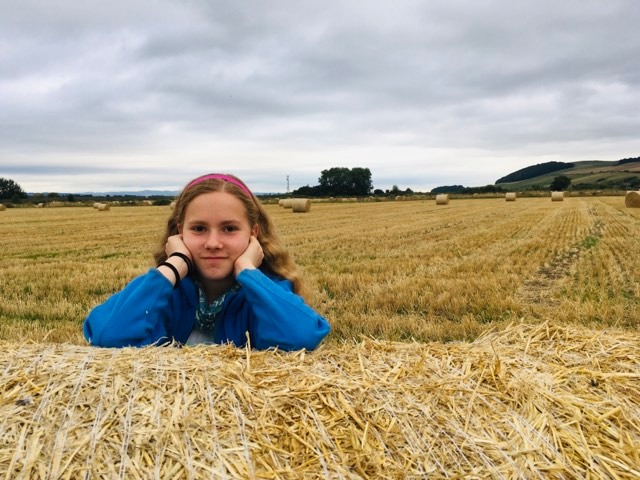 At thirteen, Lily is doing her part to help keep her carbon footprint small. She is most pleased about her and her family’s efforts to buy second hand, reuse items and reduce plastic – especially single use. She has been encouraged by what is happening at home and at school, saying, ‘My family has been buying a lot less single use plastic and brand new things made of plastic; and my friends and I do make an effort to put our rubbish in the bin and avoid single use plastic.’

In addition to these actions, Lily believes that two of the most tangible impacts she is making personally are using a reusable mask and a metal insulated water bottle. ‘It makes me feel better that I am doing something to help,’ she commented.

In addition to efforts at her home and school, Lily is very pleased with the commitment she sees in her church community of Saint Andrews, St Andrews and is encouraged by the initiatives underway. It is inspiring to see her so knowledgeable and attuned to what is happening within the congregation, and to hear her, without skipping a beat, mention all the impactful initiatives our Eco Congregation group here have stewarded (it perhaps helps that her mother, Kimberly Drage, is a key member of this group!): 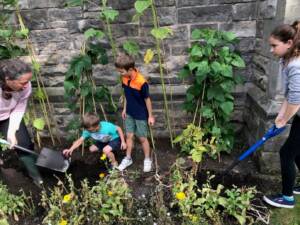 Lily helped make the signs for the plants in the beds on the outside wall of the church and said she ‘got cool information about potatoes from Jenny – how they grow and how to take care of them.’

Lily feels most passionate about climate change when she is out in nature: ‘It’s about respecting the world,’ she says. Nature – especially animals and walking the Lade Braes in St Andrews – is what is most personal for her, what is most familiar and what she likes.

She cares very much about the impact of climate change on wildlife and took part in making climate change posters at her school. For her part, Lily made a drawing, and named the work Tiger: Paws, a play on the homophones ‘paws’ and ‘pause’. She said she imagined ‘wildlife talking to us humans and asking us to hear them – they don’t like it.’ She said she feels guilty (on behalf of all humans) about the animals’ predicatment – ‘It’s not their fault.’ 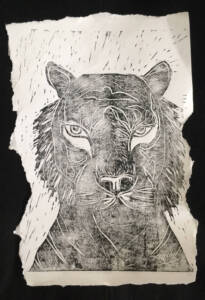 She hopes to encourage people to pause and pay attention to our wildlife.

Like most, Lily feels the enormity of climate change and the challenges we face, especially in believing we can make a difference as individuals. She comments, ‘Sometimes you feel like you are on your own. . . and it can be hard to feel hope about it’. But she offers encouragement:

‘Keep going, even though it may seem like a lot of other people aren’t doing enough. There are lots of people who are. A lot of people are aware and that gives me hope.’

And she, like so many young people who are helping to lead climate action efforts, give all of us hope.

Click here to also see a video of Lily and two other young people discussing these issues.